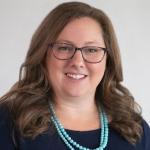 Amy Christenson is the director of operations at Tapestry Networks. In her role, she oversees the daily operations of the firm including oversight of facilities, IT, marketing, and the firm’s administrative support.

Prior to Tapestry, Amy was a senior event producer at Forrester Research, a technology research firm in Cambridge, Massachusetts. In her role, she was responsible for the logistical planning, content production, and execution of Forrester’s North American IT conferences. Prior to her role at Forrester, Amy served as the deputy finance director for Senator Arlen Specter’s 1998 Senate campaign as well as serving as a finance assistant on the Senator’s Presidential campaign in 1996.

Amy received a B.A. in political science from Syracuse University. She is a Certified Meeting Professional (CMP) having received the designation in 2005.